Located in White River Falls State Park these falls are easily one of the most favorite of the Oregon waterfalls, they stand alone out on the White River just east of Tygh Valley along Highway 216 near Maupin, Oregon. 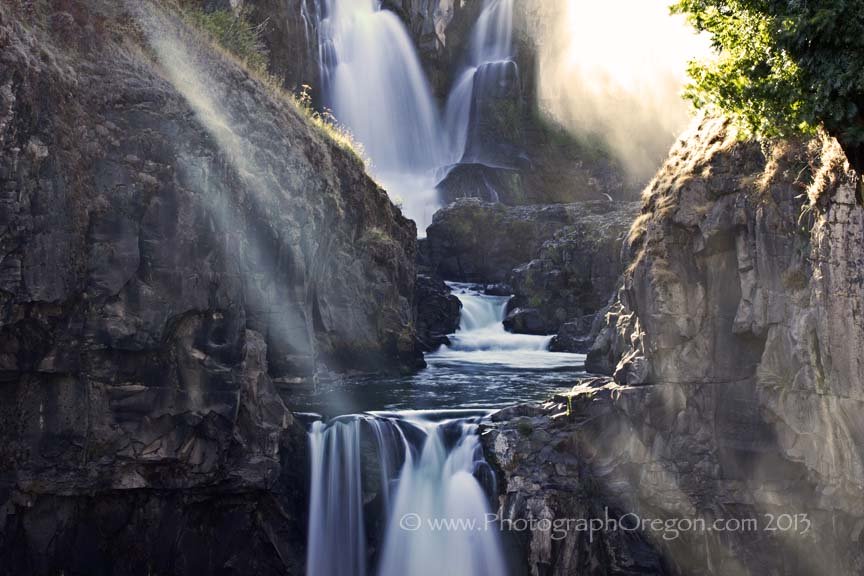 Water cascades from a wall to a pool then drops again to another pool and then on to the river and down over another set of falls (who's name I do not know.)

On our first trip we went on a nice fall afternoon hoping for the best and it was a superb day.

The park is lovely (take a picnic) and from the top you can shoot the edge of the falls at the back wall. 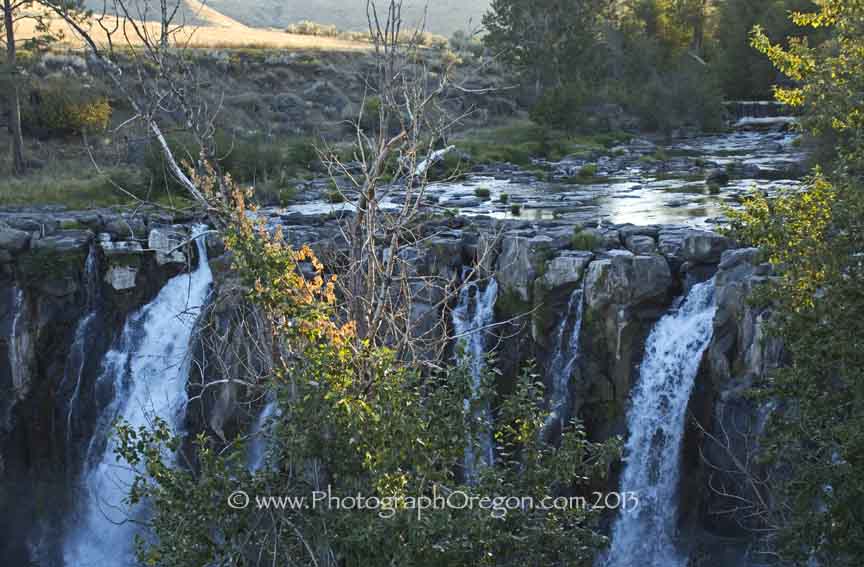 You park up top, say hi to the hosts and then head on down the trail. The trail is not really suitable to people that are not surefooted.

First you will cross over the old hydro dam. 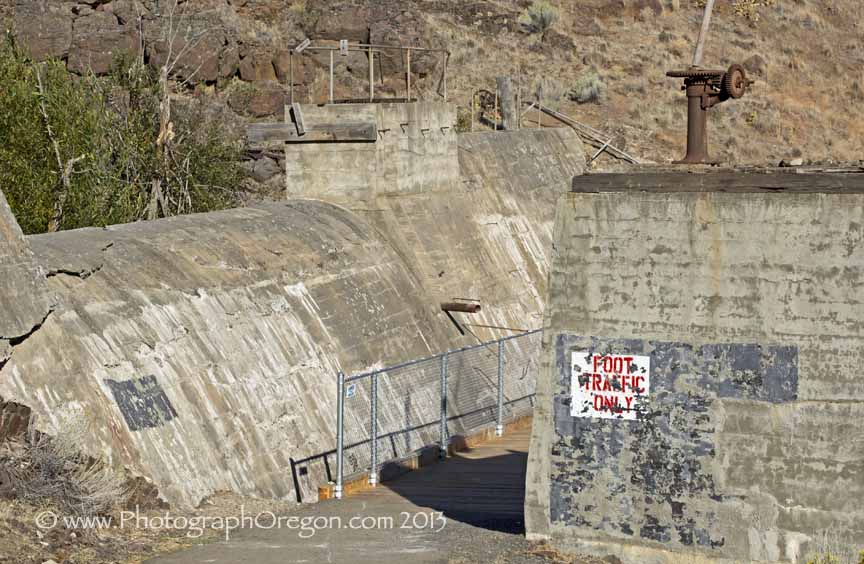 The date stone is off on the waterfall side. 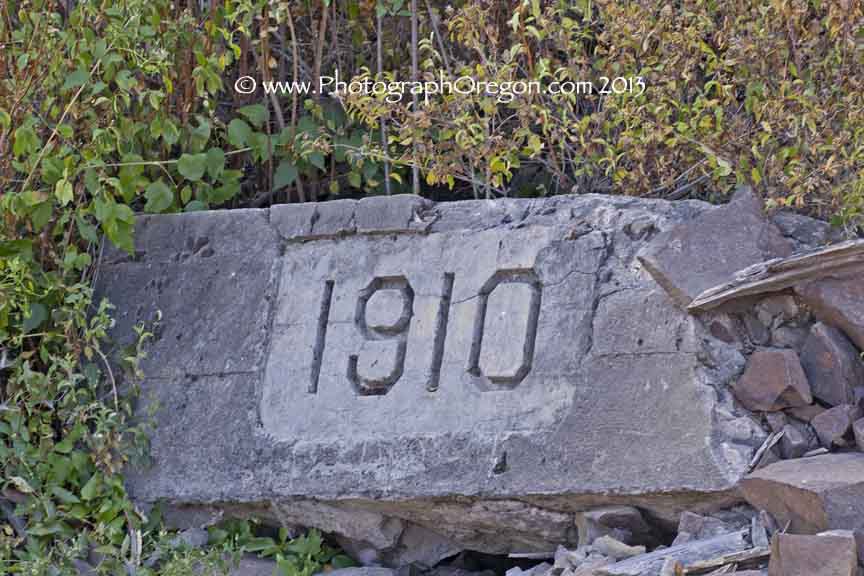 There are several places along the trail where you can go out on points and photograph the falls. The farther down you go the more of the back wall you will see.

In spring it is one wide waterfall. In late summer and fall it is about six smaller falls. 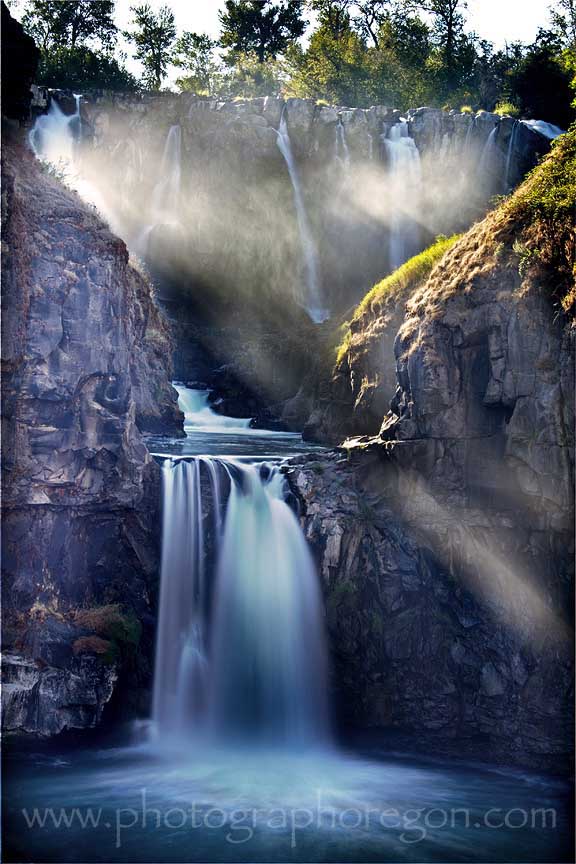 I took this image around 5:30 on September 10. That's when the sunbeams shoot through the mist.

Eventually down the trail you will see the old hydro plant and can shoot the falls over the roof. 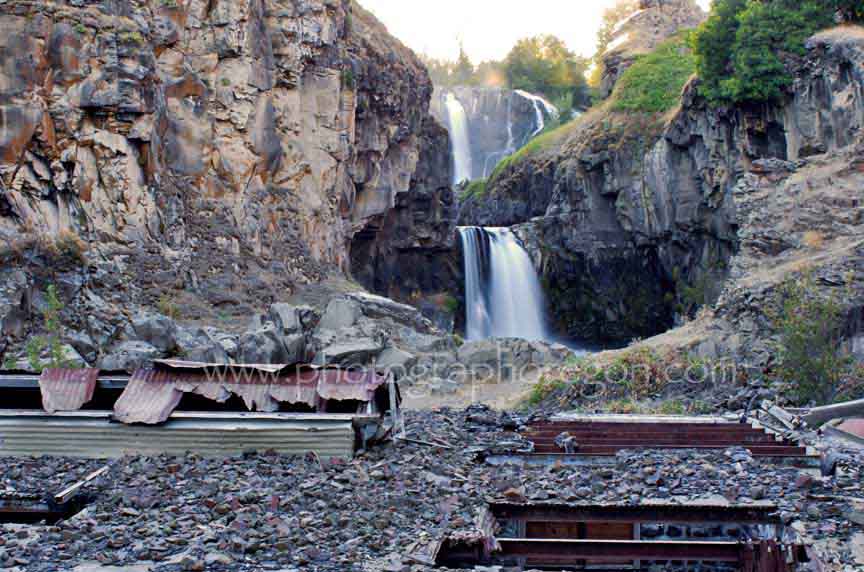 You can figure out how to get in it yourself and I'm not saying it's okay to go in...

While it might say something about being dangerous and KEEP OUT, I have seen a LOT of pictures out there of the inside.

This hydro power plant supplied electricity to Wasco and Sherman Counties from 1910 until the The Dalles Dam was completed and opened in 1960. 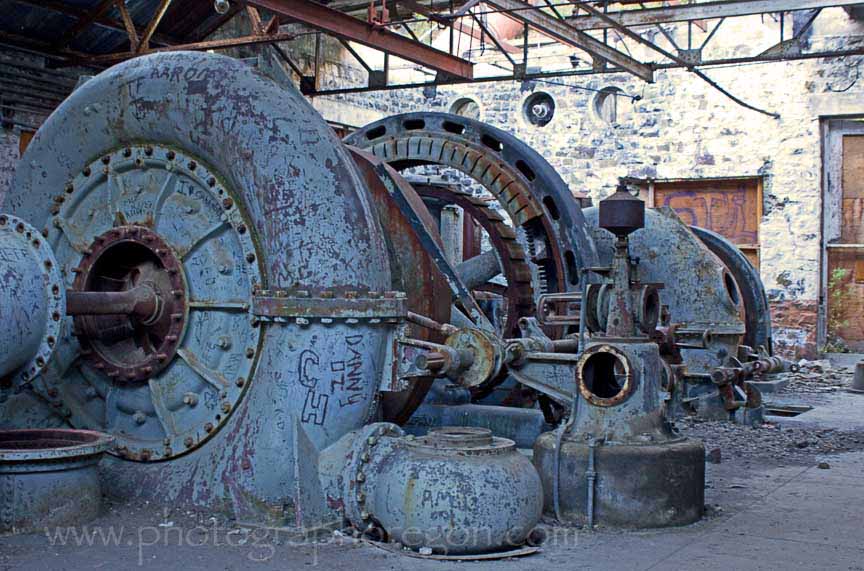 The equipment is super HDR friendly and they do provide....a ladder. (hint).

The first time we went to visit White River Falls, there were some kayakers there that had snuck their kayaks in overnight and jumped the falls. We did not see that part which is too bad (AND HIGHLY ILLEGAL so don't even THINK about setting that shot up.) but we did run in to them in the quiet part of the river below a the hydro plant. They have to get out at that point and put back in below the next falls. 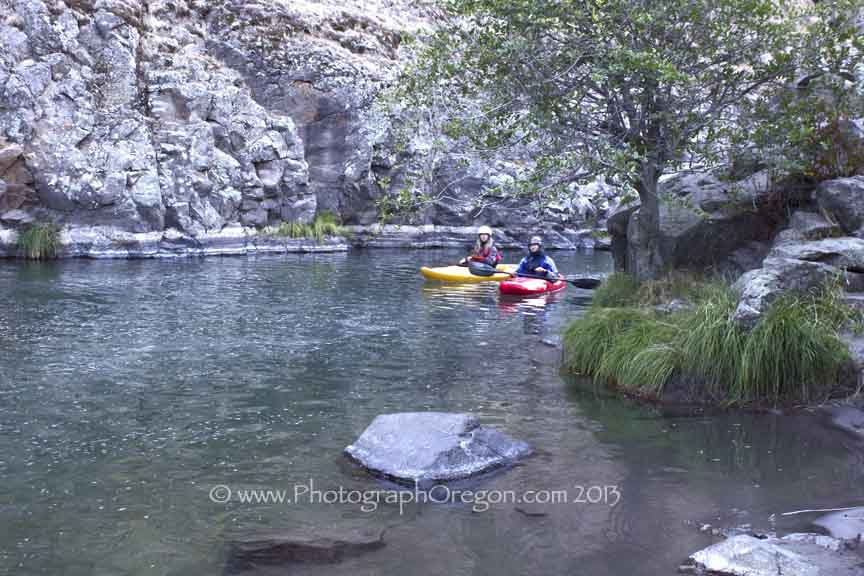 They kindly signed a model release (one of them shares a birthday with me.) and walked us down river a very short ways to the lower falls.

We chatted and then they put back in and went on down the river. 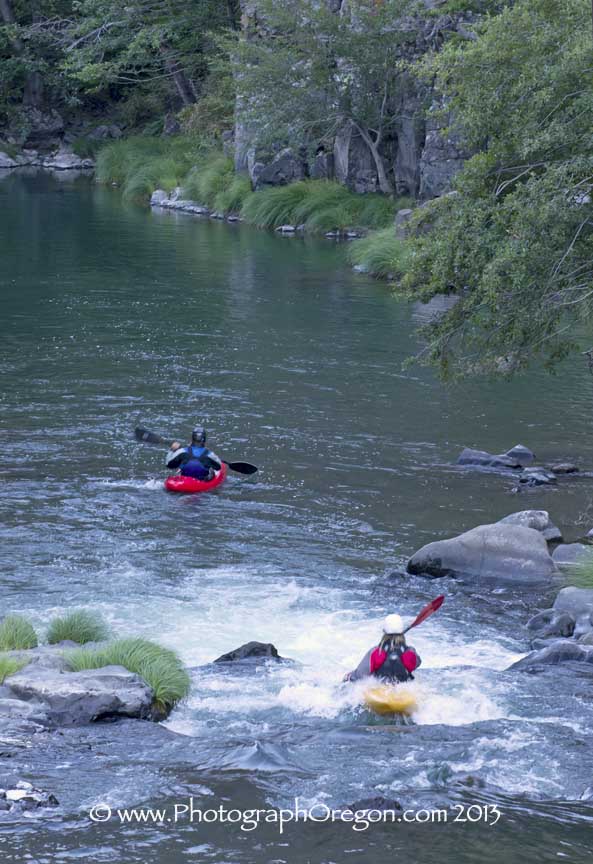 We saw these lower falls in the autumn. I am not sure how accessible they would be in the spring or early summer. The rocks we had to traverse might be covered in water. 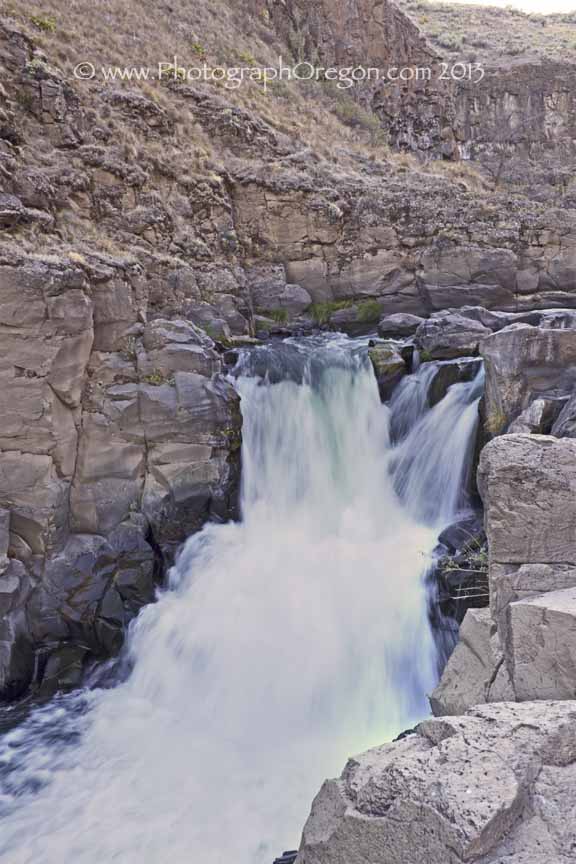 One of the things I want to do this next year is go back at night with my new Tokina Wide Angle 2.8 lens and reshoot the night stars over the falls. 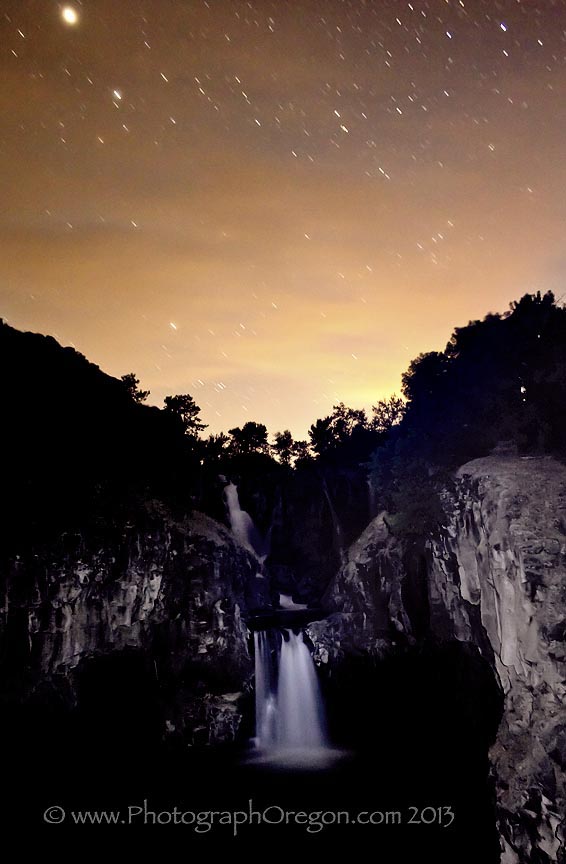 That was a lot of fun with friends. We just showed up and the hosts were very nice about it and kept the gate open but I did learn that we should call the ranger for the area and have them notify the hosts that we will be in there late so we don't get locked in.

White River Falls, in all seasons (In winter the gate is locked but you can park and walk in.) should be high on your list of great photo shoots in Oregon.