Train Mountain lies nestled in the hills between the town of Chiloquin and Agency Lake, Oregon. It is home to over 70 full sized rail cars and 36 miles of 7 1/2 gage track on 2200 acres of property. There are rail yards as well as clubhouse, snack bar and more. 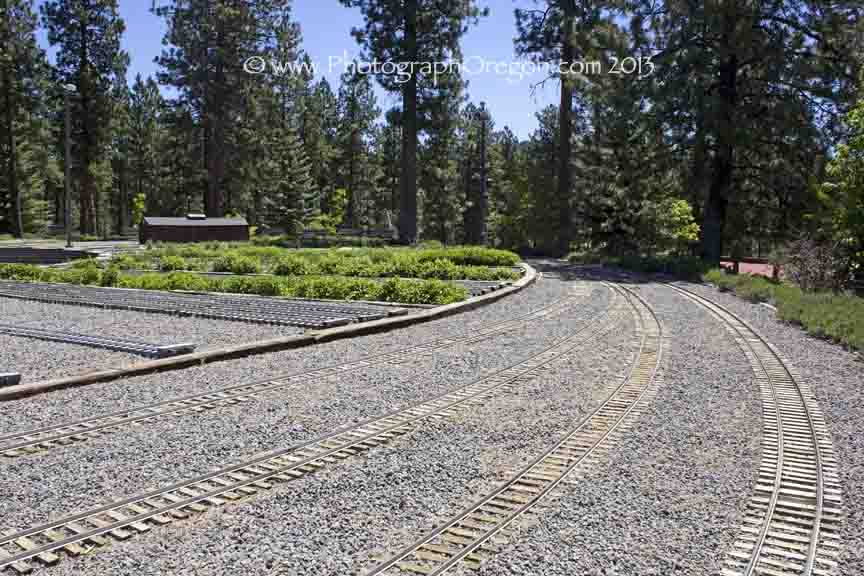 It started on a kayaking trip to the Klamath Wetlands. My friend said, hey, you really have to see these trains just parked out in the forest. Hummm. That sounded interesting and hopefully something wonderful to add to the Oregon Odd Stuff section. I was NOT disappointed.

As we drove along soon appeared a caboose, then a tank car and as I looked out among the pines I saw more and more of them. Some of the trains cars are actually up on the ridges of the mountain. 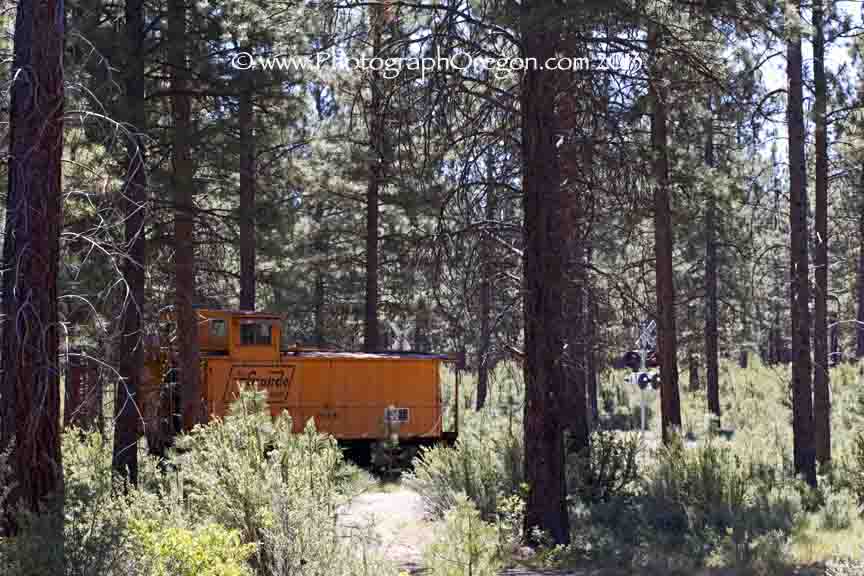 We stopped to take pictures of one of the cabooses and a nice woman named Peggy lured us in to the property itself.

We got a tour of the facility (which is HUGE) from Russ. There is this big turntable (that's what is in the image at the top of the page) where engines can be serviced. It has 30 steaming bays which resemble spokes in a wheel. Each one has 2-3 side storage tracks, so it can accommodate 90 engines. 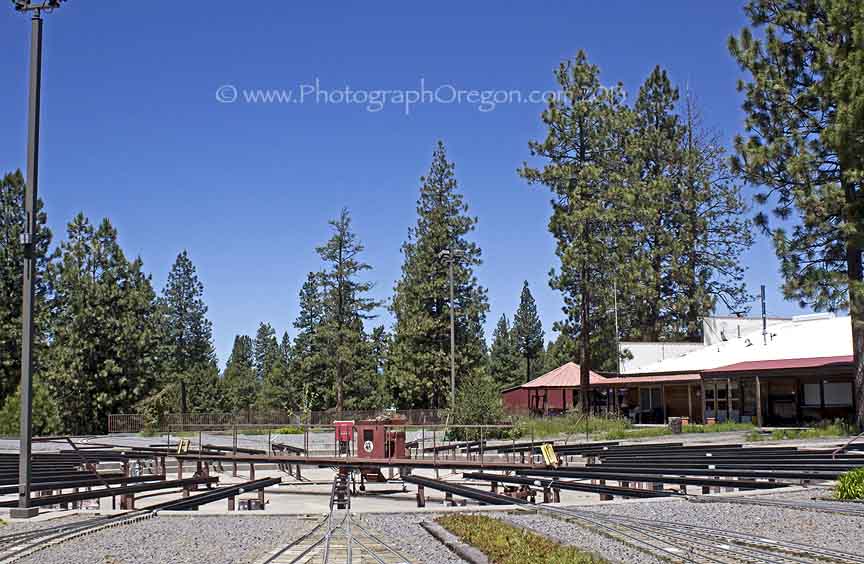 When in the world would you need a facility that accommodates 90 engines? Every 3 years when people from all over the world come to Train Mountain for the triennal meet (http://trainmountaintriennial.org/) and have their trains shipped over from as far away as Australia.

There are also monthly meets that have different themes.

There are miles and miles of track that go through the forest winding in and out of the trees. 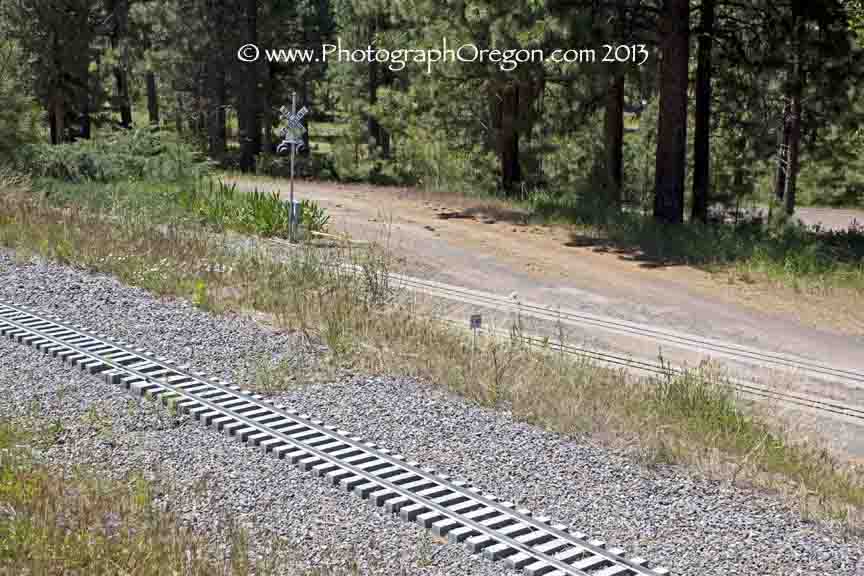 After our mini tour we headed out on our own but were soon again in the capable hands of Peggy who took us to the train garden which was a miniature kids land of the real thing. It was very cute. 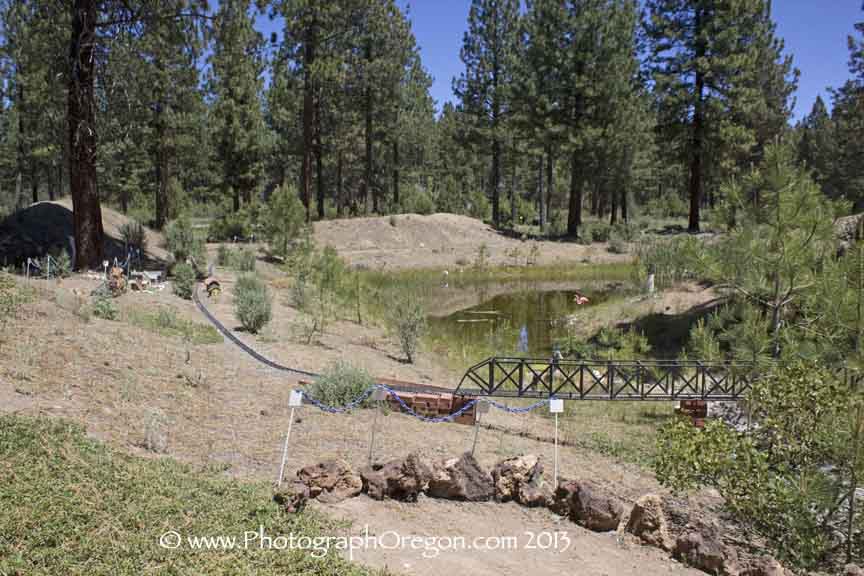 I think my favorite car at (given that I was only there a short time and really need to make a dedicated trip with Dad and grandchildren), was the big old wooden snowplow. 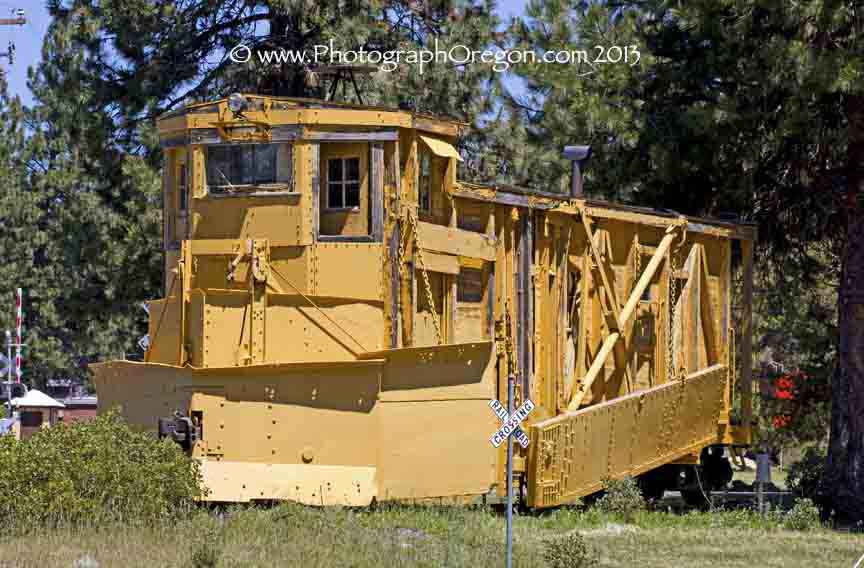 The interior was great for some black & white HRD and for shooting microstock textures. 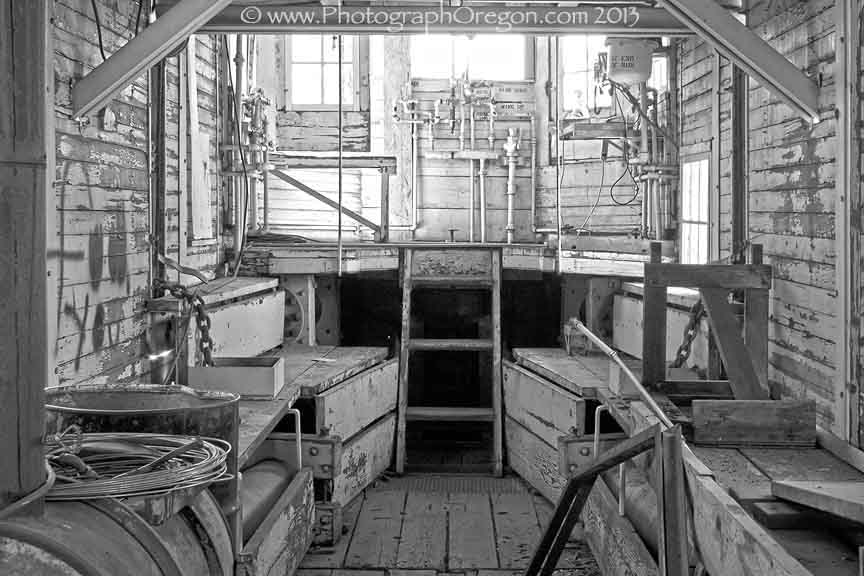 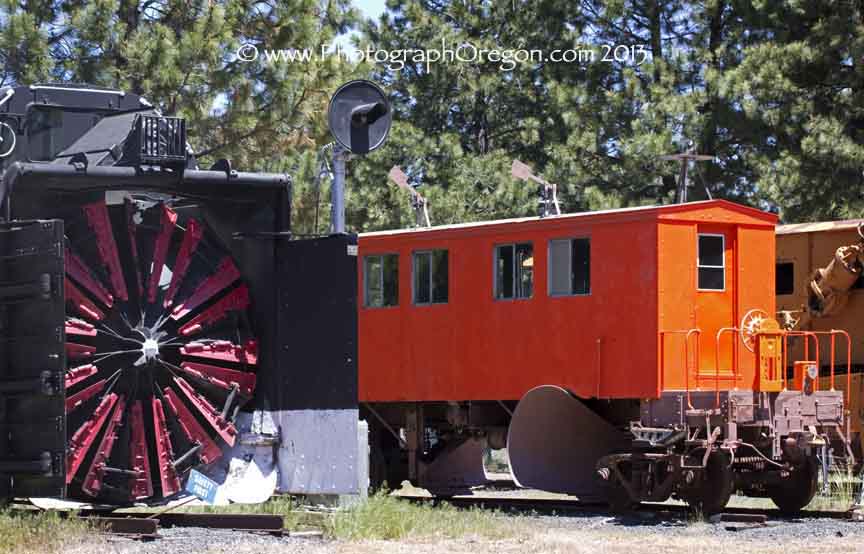 All in all we had a grand time and intend to go back on a Saturday when everything is chugging around in full swing! (I can't wait to get some video for you!)